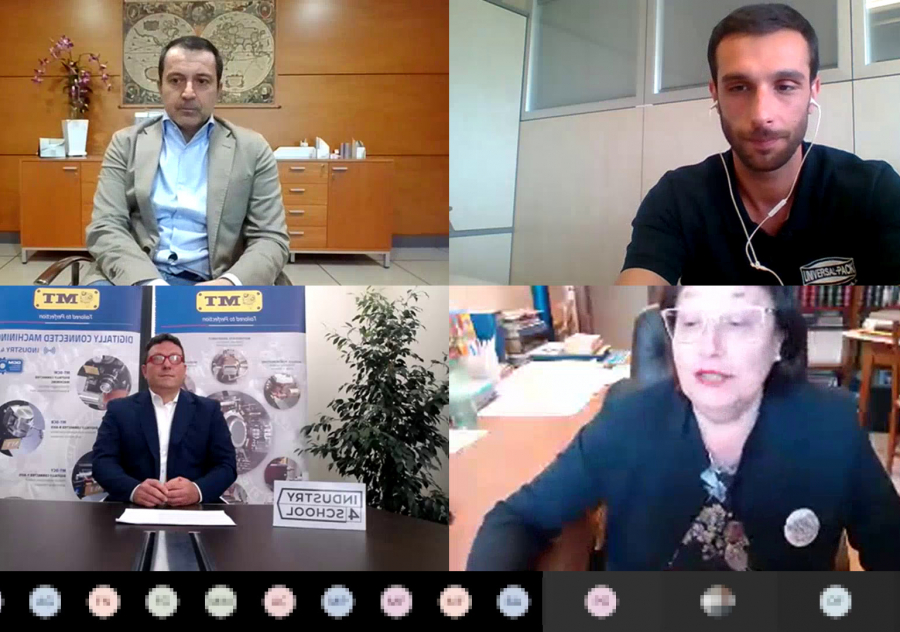 On 20th May 2020 the I4School scholarships had been delivered. I4School is the innovative enhancing project for the local human resources, formed by M.T., Fom Industrie and Universal Pack and three technical schools of our area.

4.500,00 € have been made available by the three companies to the best student of each school among the ones that decided to continue at university in engineering, with all the exams done and and with the best grade point average.

The ceremony was held on line, complying to the Covid-19 diffusion restriction rules, in the presence of the project creators entrepreneurs, headmasters, teachers and involved students. Two scholarships were delivered: one to MATTEO FRATERNALI, from the ITIS Mattei - Urbino, now studying biomedical engineering and the other to MASSIMILIANO FRISONI from the ITIS Belluzzi Da Vinci - Rimini, now studying automation engineering. Unfortunately, no student from Isiss Gobetti De Gasperi - Morciano has continued his university studies in engineering.

M.T., Fom Industrie and Universal Pack strongly believe in the I4School project and they want to continue their focus on it!

This year edition finished some weeks earlier due to the diffusion of Covid-19. The three companies sincerely hope to start the fourth edition in October, but at the moment there are not confirmed, due to the Covid-19 situation.

These scholarships prove the I4School success: valuable boys from our area worked hard and their work was recognized. This is the evidence that what M.T., Fom and Universal Pack conceived and realized is truly efficient.